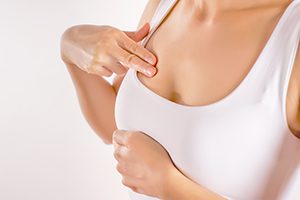 The process of breast screening involves many different elements and all are important. The first important element is patient awareness of the screening process and the patients responsibility to seek breast screening. The first responsibility of the patient is the self breast exam. A treatise on self breast exam is beyond the scope of this document. The American Cancer Society published that “it is acceptable for women to choose not to do BSE (breast self exam) or to do BSE (breast self exam) occasionally”. The United States Preventive Services Task Force published that for all women they “recommend against teaching breast self examination (BSE)”. Both these groups are apparently advocating for the concept of “body unawareness” and that changes in the body are unimportant, which defies the most basic level of common sense. These recommendations are likely based on “statistics” which many very experienced clinical physicians think are a great disservice to the public in this circumstance. Because a “study” shows that self breast exams does not reduce breast cancer mortality (deaths) does not mean that a woman should ignore her breasts. Many very experienced clinical physicians believe that the self breast exam is a very important part of breast cancer surveillance. The American Cancer Society published that the “harms” of the self breast exam leads to “more breast biopsies and diagnosis of more benign breast lesions”. The “harm” in this circumstance appears to be healthcare dollars. While there are many ways to save money in the United States healthcare system, skimping on breast biopsies is not one of them. Nor is limiting imaging procedures based on healthcare dollars. Patients should discuss the self breast exam with their primary care physician for guidance on this screening exercise. One should always be very aware of changes in the body, and should seek medical advice when any concerns arise.

Breast imaging is a well known screening tool for breast cancer. The mammogram is the most well known breast imaging procedure. The mammogram is a type of x-ray that is used to detect masses and/or micro calcifications. The mammogram is not a perfect breast cancer screening tool, but it is a front line imaging tool used to detect breast cancer. The amount of radiation received from a standard mammogram using modern technology is very small, and approximates the amount of radiation exposure from natural surroundings in about 7 weeks. There has been controversy about the best age at which to start breast imaging (mammograms). The United States Preventive Service Task Force rejected “routine screening mammograms” for women 40-49. The recommendations issued by the USPSTF regarding screening mammography have not been adopted by the majority of professional societies or federal agencies.
They later “updated the language of their recommendation regarding women under 50 years of age to clarify their original and continued intent”. Their “conclusions” were thought to be flawed based on many issues, as chronicled by The Sibley Group of Johns Hopkins Medicine (link to reference below).

Supplemental screening is also used in high risk patients and patients that have had a mammogram and need further study. Magnetic Resonance Imaging (MRI) uses magnetic field, radio frequency pulses and a computer to form images of the body to create multiple images of the body, in this case the breast. MRI is not good for the detection of micro calcifications which can be seen in mammograms. MRI is also used to study high risk patients, including those that have the BRCA gene or patients with a strong family history. MRI is not recommended as a primary screening tool because it can fail to show some breast cancers that would be detected on a mammogram. Ultrasound is another type of exam that is used for secondary screening. Ultrasound uses high frequency sound waves to develop images of the body. Like MRI, ultrasound is not a primary screening tool but is used to study an abnormality already found in a mammogram. Ultrasound can also be used to guide a biopsy of the breast which improves accuracy and can also minimizes the unnecessary removal of normal breast tissue.

Many new breast screening tools are on the horizon. Digital tomosynthesis is a new type of breast imaging that uses multiple x-rays that are compiled and analyzed by a computer. The initial studies with digital tomosynthesis are promising. Technology changes and improves very rapidly in Radiology and will continue to improve in the future.

In the work up of patients considering breast augmentation, cancer risk and cancer screening is considered. While there is no single set of definitive guidelines for breast cancer screening, the guidelines of the American Cancer Society are a good reference and starting point for guidance.

For more information on how we can help you reach your goals Schedule a Complimentary Consultation Today!